The Battle of Blore Heath was the first major battle in the English Wars of the Roses and was fought on September 23, 1459, at Blore Heath, two miles east of Market Drayton in Shropshire, England. The Wars of the Roses refers to a conflict fought in late Medieval England, which was essentially a power struggle between noble factions who were fighting for the right to the throne of England.

On one side was the House of Lancaster, who in King Henry VI held the throne. However the King was a weak leader and prone to bouts of mental illness, which meant that frequently his wife, Queen Margaret of Anjou, reigned in his place. The King was opposed by the House of York led by Richard Duke of York, who felt that he had a stronger claim to the throne. He was also a wealthy and powerful nobleman, which counted for a lot in the 15th century.

In September 1459, a further conflict was looking more and more likely. The Yorkist force based at Middleham Castle in Yorkshire (led by Richard Neville, 5th Earl of Salisbury) needed to link up with the main Yorkist army at Ludlow Castle in Shropshire. As Salisbury marched south-west through the Midlands the Queen ordered James Touchet, Lord Audley to raise a force to intercept them. Audley chose the barren heathland of Blore Heath to set up an ambush.

On the morning of the 23 September 1459 (St Tecla's day), a force of some 6-12,000 men took up a defensive position behind a 'great hedge' on the south-western edge of Blore Heath facing the direction of Newcastle-under-Lyme to the north-east, the direction from which Salisbury was approaching.

Yorkist scouts spotted Lancastrian banners visible over the top of a hedge and immediately warned Salisbury. As they emerged from the woodland, the Yorkist force of some 3-6,000 men realized that a much larger enemy force was awaiting their arrival. Salisbury immediately arranged his men into battle order, just out of range of the Lancastrian archers. To secure his right flank, he arranged the supply wagons in a defensive laager, a circular formation to provide cover to the men on that flank. Fearing a rout, Yorkist soldiers are reported to have kissed the ground beneath them, supposing that this would be the ground on which they would meet their deaths.

The two armies were separated by about 300 metres on the barren heathland. A steep-sided, wide and fast-flowing brook flowed between them. The brook made Audley's position seemingly inpenetrable. Initially, both leaders sought to parley in a futile attempt to avoid bloodshed. In keeping with many late medieval battles, the conflict opened with an archery duel between the longbows of both armies. At Blore Heath, this proved inconclusive because of the distance between the two sides. 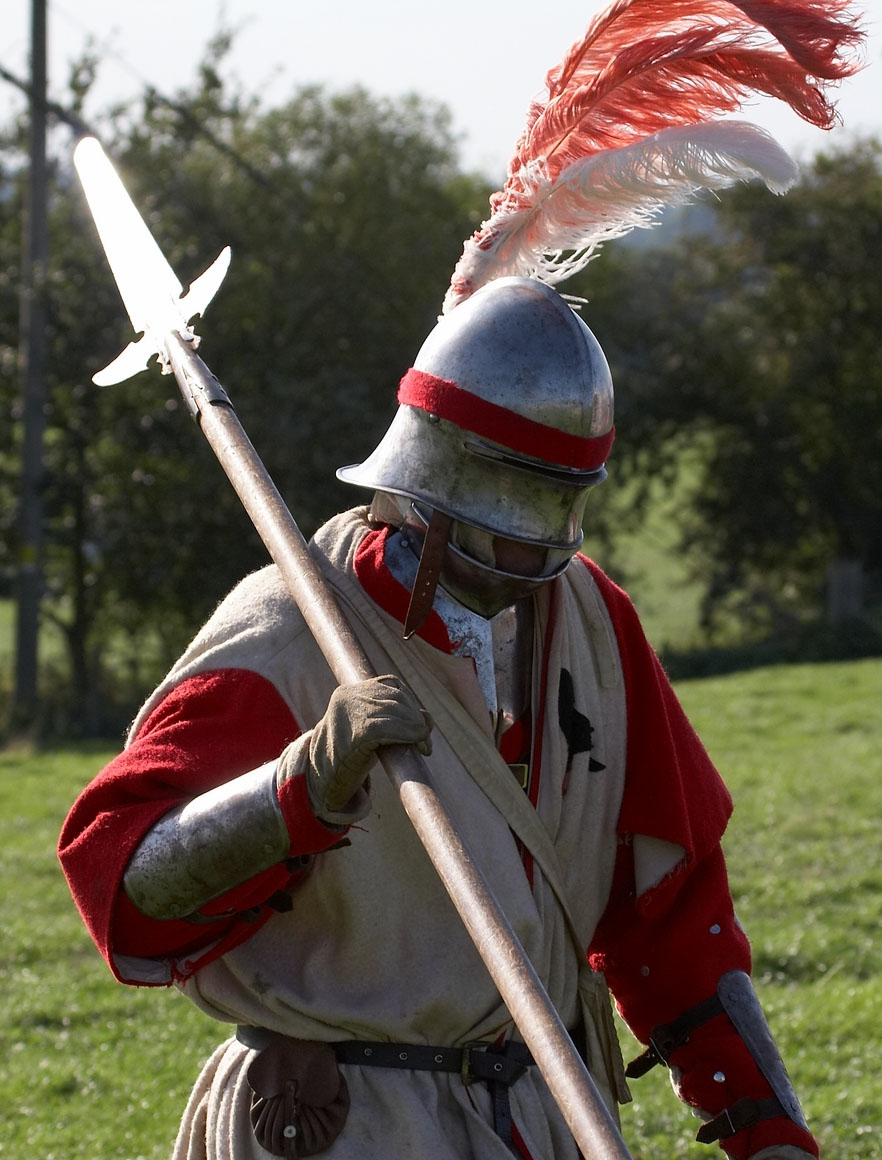 Salisbury, aware that any attack across the brook would be suicidal, employed a ruse to encourage the enemy to attack him. He withdrew some of his middle-order just far enough that the Lancastrians believed them to be retreating. The Lancastrians launched a cavalry charge. After they had committed themselves, Salisbury ordered his men to turn back and catch the Lancastrians as they attempted to cross the brook. It is possible that the order for this Lancastrian charge was not given by Audley but it had the effect of turning the balance in favour of Salisbury. The charge resulted in heavy casualties for the Lancastrians. 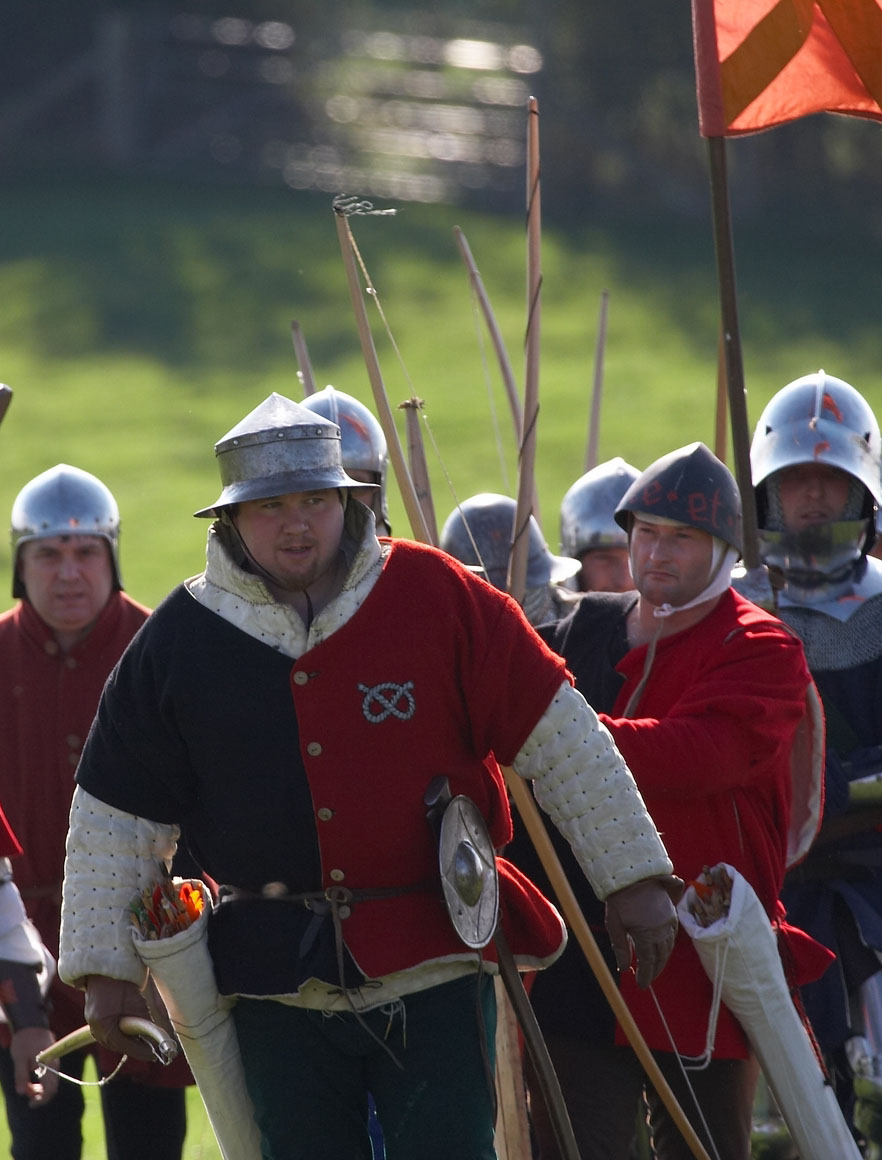 The Lancastrians withdrew, and then made a second assault, possibly attempting to rescue casualties. This second attack was more successful with many Lancastrians crossing the brook. This led to a period of intense fighting in which Audley himself was killed, possibly by Sir Roger Kynaston of Stocks near Ellesmere.

The death of Audley meant that Lancastrian command devolved on to the second-in-command John Sutton, 1st Baron Dudley who ordered an attack on foot with some 4,000 men. As this attack also failed, some 500 Lancastrians joined the enemy and began attacking their own side. At this, any remaining Lancastrian resistance collapsed and the Yorkists only had to advance to complete the rout.

The rout continued through the night, with the Yorkists pursuing the fleeing enemy for miles across the countryside. York was concerned that Lancastrian reinforcements were in the vicinity and was keen to press on towards Ludlow. He made his camp on a hillside at Market Drayton, which later took his name. York employed a local friar to remain on Blore Heath throughout the night and to periodically discharge a cannon in order to deceive any proximal Lancastrians into believing that the fight was continuing.

It is believed that at least 3,000 men died in the battle, with at least 2,000 of these from the Lancastrian side. Local legend says that Hempmill Brook flowed with blood for 3 days after the battle.

Legend has it that Margaret of Anjou watched the battle from the spire of the church in nearby Mucklestone, before fleeing when she realised Audley was being defeated. It is said that she employed a blacksmith, William Skelhorn, to reverse the shoes on her horse to disguise her escape. The anvil from the smithy stands in the churchyard at Mucklestone to commemorate this event.

A cross was erected on Blore Heath after the battle to mark the spot where Audley was slain. It was replaced with a stone cross in 1765. Audley's Cross stands on Blore Heath to this day. Audley is buried in Darley Abbey in Derbyshire.

For many years the battle was commemorated by a re-enactment in September at Blore Heath.